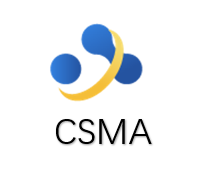 Before joining the Wuhan University, he has worked in Hi-tech IT industry, including HUAWEI© and national research institute, for more than ten years. He has involved more than 15 national and international research projects. In recently 10 years, Prof. Wang has published 1 book, and 50+ journal and conference papers, including in IEEE TIP. He holds 10 authorized patents.

Prof. Wang served as EiC of 2 international journals and reviewer of top IEEE and ACM journals. He also served as reviewer of Innovative talents projects and national  research funds, including National High Technology Research and Development Program of China. Prof. Wang was the external PhD advisor of Dublin City University, Ireland during 2008-2010.

In recently 10 years, Prof. Wang served as chairman of more than 10 international conferences, and keynote speakers in more than 20 international conferences. Besides UK, he visited US, France,Italy, Portugal,Croatia, Australia, Germany, korea, Ireland,Singapore, Malaysia, Japan, and Hong Kong. In addition, Prof. Wang has been appointed as the deputy director of Hubei provincial science and technology commission (CAPD) since 2014.

In 2011, he received a doctorate degree in computer software and theory from Xi’an Jiaotong University. In 2009, he completed a one-year return to school at the University of Nebraska. In 2015, he completed the electrical postdoctoral research work at Xi’an University of Technology. In 2017, he did not have a University of Texas. The Department of Computer Science of the University of Dallas visited and completed post-doctoral research. He has been engaged in research on the Internet of Things, artificial intelligence, big data processing and other related aspects, published more than 80 research papers, presided over the completion of 3 ministerial-level funds, won 58 provincial and municipal scientific and technological progress awards as a backbone, and participated in the completion of the country as a backbone 6 fund projects. In 2019 and 2020, they won the second prize of scientific and technological progress in Shaanxi universities. As a senior member of IEEE, he served as the official editor and reviewer of many high-level journals.